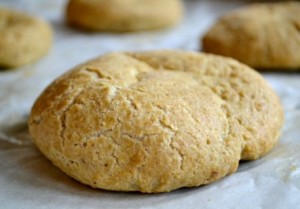 The current issue of Autocar has a feature on the best old bangers, among them the Daewoo Matiz. Can this be the same Daewoo Matiz they gave a void star rating when it was launched in 1998 after they rolled one? Indeed it can.

Back then they liked the car but said they couldn’t give a star rating because it could be overturned while reversing if given enough welly and an armful of lock, and was therefore dangerous. As I was Daewoo’s head of communications at the time, and Autocar published shots of the car on its roof, this caused me somewhat more of a headache than the people who rolled it.

No mention of all this in the banger feature though. Probably because no customers have ever turned one over. Google ‘Matiz’ and ‘roll’ it’ll think you’re searching for matzo rolls, the Jewish bread eaten at Passover. Look further and the nearest thing you’ll find is a reference to the car’s body roll.

I’m glad about this. The Matiz was a cracking little car with real character. Its three-cylinder engine sounded like a water-cooled 911 being strangled. It looked cheeky and, unlike the other Asian mini vehicles of the time, didn’t appear to have been styled to accommodate Marge Simpson’s hair.

Don’t get me wrong. I like Autocar. They’re enthusiasts. On this occasion they were just a little too enthusiastic in exploring the handling limits of a mini-MPV in reverse gear. Effectively a rear-wheel-steer vehicle. Like a forklift and with about the same wheelbase and centre of gravity.

An aside about the Matiz. It was styled by Italdesign and first shown at the Turin motor show in the early 90s wearing a Fiat badge. Fiat decided to go its own way for its new Cinquecento so Daewoo Group founder and Chairman Woo-Choong Kim, who was touting all the Italian styling houses, bought the design. Embarrassingly for Fiat, the Matiz was not only a big success in Italy but outsold the Cinquecento. Fiat top brass were not pleased and demanded explanations.

To add insult to injury, Fiat group’s Maserati then, astonishingly, launched a Daewoo reject. Really. When the 1995 Italdesign-styled Daewoo Bucrane concept car was aborted it was reworked into the Maserati 3200GT. Take away the beetle tail and the gullwing doors and it’s genetically the same. Don’t forget to point that out to anyone you see driving one. That’ll be the Daewoo.