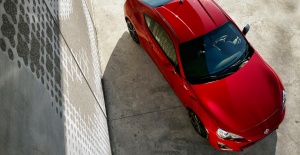 It’s been easy to overlook Toyota over the past few years.

Volkswagen is relentlessly pursuing the world number one spot. Hyundai and Kia are doing a convincing job in Europe of owning the Asian quality/value space Toyota occupied by default not long ago. The market is moving away from the traditional product segments at Toyota’s core: Nissan took the lead with the Qashqai crossover, and premium brands have come conquesting in these segments. And of course Toyota was hit hardest of all by the Japanese Tsunami, while high-profile recalls made customers question its quality and reliability – for many the reasons for buying a Toyota.

In Europe, sales fell by over 3% last year and by more than 8% in the first half of this year. But the company regained the top spot for global sales in 2012, has held on in the first half of this year, ahead of General Motors and Volkswagen Group, and its overseas sales have hit a record high. And remember that GM and VW have far more brands in their portfolios – in the latter case SEAT, Skoda, Audi, Porsche, Bentley, Lamborghini , Bugatti and MAN and Scania trucks in addition to the core VW brand. In comparison Toyota Motor Corporation has only the Toyota brand plus small contributions from Lexus, Daihatsu and Hino trucks. Toyota’s is a far more organic approach.

Toyota may well not hold off GM even to the end of this year, given the state of the Japanese market and a boycott of Japanese products in China following the territorial dispute in the East China Sea. But the company has woken up to the need for more appealing product. In Europe it has launched seven new variants or major variants in little more than 12 months, including the FT-86, an affordable halo car with real personality.

But most importantly, over the longer term, as Volkswagen’s acquisitive strategy and ambition inevitably pay off in volume terms and number one status, Toyota will be cashing in on its market leadership in low-carbon vehicles. Thanks to the Prius, it simply owns this space. And the hybrid drivetrain, previously regarded as a slightly clumsy compromise, is now seen as the bridge to the fully electric motoring the world isn’t yet ready for en masse. The arrival of the plug-in hybrid makes it more virtuous, while the adoption of hybrid technology by Ferrari and McLaren for their latest hypercars makes it sexy.