Twenty years ago today, a company called Daewoo Cars was launched in the UK. It’s since disappeared and yet it’s becoming more and more current.

Car companies are only now beginning to explore new ways of engaging customers, of unravelling themselves from the restrictive dealer model and exploiting the internet – virtual showrooms, pop-ups, and shops in malls; service like you get at an Apple store. Tesla’s first UK outlet opened 18 months ago in the upmarket Westfield shopping centre in London. And now Hyundai has launched a joint venture giving it an outlet at the Bluewater shopping centre in Kent, staffed by plain-speaking, plimsoll-wearing people who are not trained to sell and are not paid commission.

Hyundai’s partner Rockar claims that the end-to-end web process you can access at the outlet is a world first. It’s not. Fiat abortively launched a near-identical initiative, Fiat Click, in 2011. And if you take the website out of the equation, the business model is Daewoo’s – launch date 1995.

I was part of the Daewoo launch team. We knew that the world didn’t need another cheap Asian car brand, another Proton. But we didn’t want to be a Proton. And we had a clean sheet of paper.

So we tore up the rule book. Then burned it and stamped on it. No dealers; no third-party sales. In an industry bound to the archaic, unfit-for-purpose dealer network distribution model, that made us pariahs. It made us notorious. Which was great for our awareness but it was also smart. The message was that when you dealt with Daewoo you weren’t sold to but advised, by Daewoo employees who were not on commission. We could become number one for customer service, which we did. Overnight.

The result was record share for a new market entrant in the UK – immediately ahead of not only Korean arch-rival Hyundai but also mature brands including Volvo and Mazda – with almost 95% awareness, and the ability to stand shoulder-to-shoulder with M&S as a customer-focused high-street brand.

The Hyundai Rockar model gives a great brand message: we’re modern, we do things the way you want them done, we come to you. That’s part of it of course, but there’s a far more pragmatic driver. Car companies want to go to where there’s high footfall, but city centre land is prohibitively expensive. So let’s adjust the thinking and go to where there’s both footfall and people in a buying frame of mind. And let’s have just one car on display so it feels more like a lifestyle retail outlet. 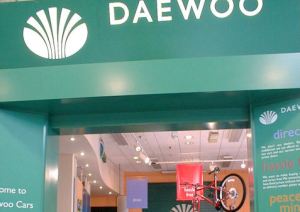 But remove the web element – like sat nav, Sky+ and Simon Cowell, Sky+ it didn’t exist back then – and Daewoo was doing all that and more. Showrooms exclusively at retail parks, with interactive touch-screen info pods (yes, in 1995), free coffee and children’s play areas. Smaller outlets at Sainsbury’s superstores with test-drives from the car parks. And more customer touchpoints at the Halfords service centres.

We reassured customers about buying a car from a new name with messages about the then-mighty Daewoo Corporation. When I took journalists to Korea we would arrive in a 747, parts of which were made by the company. We transferred in Daewoo coaches to the Seoul Hilton, built and managed by Daewoo, where we went in Daewoo lifts to rooms with Daewoo TVs. We flew to factories in Daewoo-built helicopters, visited Daewoo shipyards with towering Daewoo cranes, and even watched demonstrations of Daewoo military tanks. 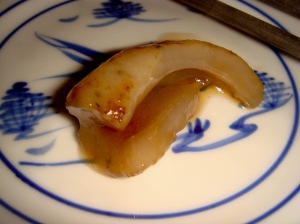 The car operations became healthily Europe-centric. Headed by Ulrich Bez, previously at Porsche and BMW (and later Aston Martin), the company established R&D centres in the UK and Germany. The UK retail model was exported back to Korea and I was asked to advise the global Chairman Kim Woo-Choong’s office on communications strategy – I recall sharing a meal of sea slug with him and Bez in his Hilton penthouse, discussing a plan to establish a manufacturing base in the UK. Strange days but good days.

So why did Daewoo disappear? Not because the UK model didn’t work but because the Korean economy and Daewoo Corp imploded. The Korean car industry had to be rationalised, so Kia was absorbed into Hyundai, and Daewoo sold off into the old-school homogeneity of General Motors. Oh, and Chairman Kim fled the country in 1999 to avoid charges for his part in the bankruptcy of a conglomerate ranked 18th in the Fortune 500 only two years earlier…

GM rebranded Daewoo as Chevrolet in 2005 before dropping the latter from Europe 15 months ago. And with that the last vestiges of the Daewoo we created appeared to be gone. Dead and buried.