VW Group’s announcement yesterday of its first financial losses in 15 years is not as significant as the loss of brand equity.

The emissions scandal isn’t ultimately about emissions, diesel or money. It’s about brand. The revelations could be a catalyst to redeveloping the VW brand by focusing the business on a new purpose. And a brand is nothing without a purpose.

The management of VW Group has been giving an object lesson in bad brand stewardship for a long time. As I said here last year (http://wp.me/p3xo5H-6d), in assembling a vast passenger car brand portfolio of SEAT, Skoda, VW, Audi, Porsche, Lamborghini, Bentley and Bugatti, it created a self-cannibalising mess. Skoda and SEAT have progressively been entering the VW brand’s space. VW has been intruding on Audi, while Audi’s aggressive entry into every market segment meant that it was stealing sales from the other three. And with the R8 supercar Audi was even competing with Porsche and Lamborghini.

The obsession with volumes meant that each of the brands was being devalued. At one end of the scale, Skoda – which has experienced serious growth as a value brand – recently stated an intention to start selling on quality, while at the other end the Lamborghini supercar and Bentley super-luxury brands were being commoditised with announcements of SUVs. And the flagship Audi premium brand has become utterly ubiquitous.

In the centre of all this there was the core VW brand, squeezed from above and below – just as the likes of Ford, Opel and Renault have been by the premium and value brands – but in VW’s case by its own siblings. It was pushed into the no-man’s land of the car industry, the sub-premium territory which crippled Volvo, SAAB, Lexus and Infiniti for two decades. And at the same time VW was introducing the Phaeton luxury car which offered more quality than the Audi A8, was a credible alternative to a Bentley Mulsanne, and was a car no-one wanted. How on earth did that represent VW brand values?

The reasons for VW doing these things? Greed and arrogance. It was about chasing the global number one status and doing things because it could. It was a case of volumes over values, a perilous trajectory for a brand. And it resulted in the emissions scandal.

Nobody should be surprised that the cheating happened. Car manufacturers are inherently conservative and inward-looking, VW more than any other: these are businesses driven not by customer requirements – and even less by vision and values – but by legislation and sales figures. They routinely cheat the monthly sales figures by self-registering cars, and the EU’s over-ambitious and poorly conceived CO2 emissions reduction targets have inevitably been met with equally expedient and poorly conceived ‘solutions’.

Add to this that VW Group has a toxic cocktail of a structure which lends itself to corruption. Management is too close to the unions, and the company is 20% owned by the state of Lower Saxony, with two of its management board coming from the regional government.

It has also been dominated by the Porsche and Piech families, and the comically evil-looking Mr Burns-alike Ferdinand Piech personally sponsored the Phaeton and the 1200bhp, $2.25m Bugatti Veyron vanity product. The latter is only slightly more garish than the vast sums spent by VW managers on their union colleagues on partying with prostitutes like Spring-break teenagers, activities which were revealed in 2005.

But legislation and structure aren’t excuses: they’re reasons for better cultural and strategic governance. Even if VW’s now departed CEO Martin Winterkorn were completely unaware of the cheat devices, he is as culpable as Piech for the corporate hubris. It was he who declared an intention to be the global number one by 2018. It was under him that Audi has been boasting of growing from an already overblown 50-plus model lines to 60. And don’t forget that after his accession in 2007 four further brands were added to the group’s massive portfolio.

The good which can come from this is that it raises the fundamental question of what the carmakers’ purpose is, and may prompt them to redefine their brands through that spectrum. Is that purpose simply to grow, or is to make people’s lives better, even transform them? Think of Ford with the Model T, mobilising the masses. 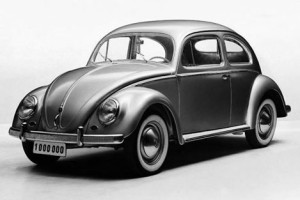 But think even more of VW with the Beetle: how ironic that the company named after the reason for its very existence, the ‘people’s car’, should lose focus so catastrophically. And even more ironic that it then has to redefine itself and so perhaps become a real brand again, even a potential totem for the automotive industry.

Back in July 2014 when I wrote the piece with the link above, Volkswagen was admitting an urgent need for better profits. ‘That VW’s profits are suffering is not surprising,’ I said.’ That’s what happens when a goal defined by volumes is set. If the goal were instead to define and differentiate the brands more clearly, with each given the objective of becoming the most desired among consumers, then the volumes would follow. They would do so more slowly but they would do it sustainably.’

Fifteen months on, I’m standing by that.

Apparently trust and leadership were the buzzwords at Davos this year. A pity they were only talked about.

The much-quote figure of 1700 private flights bringing the world’s plutocrats into Davos for the World Economic Forum, where climate change was a headline topic, may be too good to be true. About half that number appears to be more likely. But it does highlight the fact that the annual Davos bonding session is, let’s say, something of a contradiction.

The clue’s in the name: it’s an economic forum. Growth may well be the key to reducing inequality, as many were saying last week, but it’s also handy for those more focused on improving their own quality of life. The place is summed up this year by the reported sighting of a monk checking his smart phone. And who knows if anyone saw the contradiction in Google’s choice of party entertainment, the singer Aloe Blacc (most famous song: I Need a Dollar)? 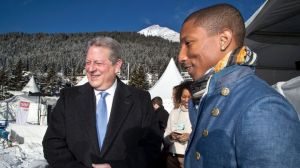 You couldn’t make it up. And you didn’t really need to. Given the fact that, after years of being pushed down the Davos agenda, climate change was back – and and launching the event with Al Gore/Pharrell Williams double act – what was the WEF (mission: Committed to Improving the State of the World) doing 5000ft up a mountain and 150km from the nearest airport and sizeable transport hub. 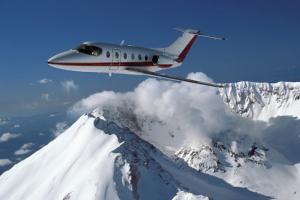 Even if the number of private jet movements was half that speculated, that’s rather inefficient in pilot-to-passenger ratios. And private jets burn more fuel in an hour than a car does in a year. That’s an inconvenient truth.

We know that these people need to move around quickly. We understand that having so many important people gathered together in a single place means we can interrogate their influence. We appreciate that the event focuses them and the outside world on the big issues. But.

Davos could look to an event like Editorial Intelligence’s Names Not Numbers, where some of today’s smartest and most influential people first got together (and still do) in the very real environment of a genteel British Victorian seaside town. It’s not parochial – it attracts an international audience, thinkers rather than figureheads, and the event has now spread to New York and Mumbai.

WEF’s Swiss venue and date early in the year make for an interesting comparison with the Geneva motor show (this year 2-15 Mar). It’s Europe’s major annual auto industry event, so leaders from all over the world fly in. But unlike Davos it’s held at sea level (or at least lake level), and is a 10-minute walk from a major airport and a five-minute train ride to the city centre.

Road transport contributes around 15% of the world’s CO2 emissions. But it’s one of mankind’s most important tools. Motor vehicles changed our lives. They mobilised us. They enable business. They transform the lives of people in rural communities. They offer humanitarian assistance. They help fight wars. We need them and they’re being reinvented for the modern world.

And Geneva highlights a car industry which achieves more than the lofty talking shop of Davos ever will. The carmakers have achieved minor miracles. In Europe the average CO2 emissions for all new cars will fall to 130g/km this year. The target for 2021 is 95g/km, which will be down 40% from as recently as 2007 – the year before the financial meltdown caused by the world’s political and business leaders, the same people who were at Davos 2015.

In the UK the emissions are down around 45% since 2000, because a buoyant market means that people are buying newer cars with cleaner tech. And all this is before mass adoption of ultra-low-emissions vehicles has even begun.

This year will see Al Gore’s Live Earth concerts, ahead of the UN-hosted intergovernmental climate conference in Paris – tried-and-tested formats for achieving little. Meantime 2015 will also see the first production hydrogen fuel-cell cars and the roll-out of zero-emissions autonomous vehicles. The auto industry is full of brilliant people who achieve results – fast.

What’s the betting that the next 12 months will also see another Davos World Economic Forum in which the same people will hear the same things said before listening to a pop star they haven’t heard of and climbing back into their Citations and Falcons with a diary note of the 2017 event?