Seeing Tesla yesterday at Cenex LCV, the UK’s leading low-carbon vehicle event, was a reminder of the company’s challenges.

It’s hard to argue with the vision and ambition of Tesla founder Elon Musk – someone who promises not just to make the world a better place but even to help mankind find an escape route to another planet, via his SpaceX business, if plan A doesn’t work. His big pronouncements will always have plenty of emotional appeal. 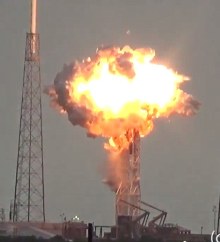 But they can also fail spectacularly. In April, when he described the forthcoming Tesla Model 3 compact car as “the most compelling product launch on earth” he wasn’t aware that this month’s launch of one of his SpaceX rockets would be dramatically more compelling. The Falcon 9 failed explosively and extremely publicly, made worse by the fact that in its payload was a Facebook satellite for bringing broadband to parts of Africa. It was a PR-loaded fireball and could have been a metaphor for his aim of taking on the established carmakers.

Shortly after the Model 3 announcement it emerged that an owner of a Tesla Model S had been killed in a crash apparently as a result of the company’s Autopilot autonomous driving system failing to ‘see’ a truck. Last week the driver of another Autopilot-equipped Model S was killed in a crash, forcing Tesla to say that he wasn’t using the system at the time of the crash. This week another fatal crash came to light. And yesterday a public spat between Tesla and its former camera supplier Mobileye blew up, with the latter accusing Tesla of “pushing the envelope in terms of safety”.

Even July’s acquisition by Tesla of Solar City – the energy business of which Musk is chairman – undermined the big vision, being seen by most observers as merely a bailout, not a crystallisation of integrated sustainable energy. 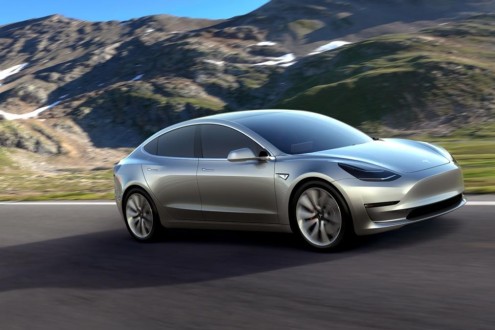 It’s been a bad year. Yet Tesla faces new, fundamental challenges and risks, and rather than provide welcome relief the Model 3 breakthrough car is the heart of it. Yes, the Model will alter the dynamics of the electric vehicle market if, as claimed, it comes to market in 2017 at a base price of $35,000, able to carry five people well over 200 miles and on to the high ground.

But the real battleground is not the vehicles themselves – it’s how they’re powered. So if anything is going to be the Tesla gamechanger it’s the company’s giant Gigafactory battery plant, not the Model 3. It needs to be: around 375,000 people have placed orders for the 3, equivalent to a likely $16bn in sales. Musk says the 3 will propel Tesla from an annual volume of 50,000 vehicles in 2015 to 500,000 by 2018 to meet demand.

The Gigafactory will double global lithium battery capacity, but there lies the challenge. Where will all the lithium come from? That 500,000 annual production figure will require 25,000 tonnes a year of the precious metal, equivalent to 15% of global production. Lithium isn’t rare but it’s hard to reach, and as other carmakers ramp up their electric vehicle programmes the demand curve will steepen sharply. There could be a lithium gold rush, and a spike in prices: the cost of lithium carbonate imported into China has already tripled since the end of 2015. Tesla’s relatively low volumes will make it hard to bear sharp increases in costs, and unlike all the big carmakers it doesn’t make any cars which don’t run on battery power to provide reliable revenues.

Tesla may need to buy a mining company to satisfy its appetite – the parallel with Henry Ford buying up rubber plantations to ensure that he had enough tyres to allow the Model T to transform personal mobility would no doubt please Musk. But there are other mouths to feed – not only the major carmakers but others with a longer record than Tesla in lithium battery production, such as BYD, the Chinese EV producer in which Warren Buffett has a stake. BYD has been making its own batteries for 20 years, and in 2015 produced more electric vehicles (EVs) than Tesla or anyone. A further stake in BYD has recently been bought by Samsung, which is pushing hard into automotive, supplies BMW’s i3 and i8, and is a massive producer of lithium batteries for mobile devices like the 6800 laptop batteries wired together to power the Model S.

And what if new battery materials or technologies emerge? Here’s the risk: the Gigafactory puts all Tesla’s eggs into one vast lithium basket. The battery pack for the crucial Model 3 will require new levels of energy density to achieve the claimed performance from a more compact volume, but we know it’ll be lithium and Musk has said he has no contingency plans.

Hedging its bets is part of the reason why the car industry is happy for Tesla to blaze the trail. There’s talk among the carmakers about building battery factories, but largely of JVs, where costs are shared and risks reduced. For the time being, however, it’s not that critical for them, because unlike Tesla their businesses currently depend very little on EVs. They can sit tight, wait to see how markets and technologies develop, then act – with power and accuracy.

There is undoubted allure to the Tesla brand – a disruptor with a bold vision. Tesla has a devoted fanbase, and you want it to succeed in a way you couldn’t want a Ford or GM to succeed. But a brand can’t continue to be a disruptor if its competitors can easily follow (only this week General Motors announced that its Bolt EV will beat the Model’s 3’s range by 10% and it will almost certainly hit the market before the Tesla) – or simply find a better way.

The money-burning carmaker business model alone doesn’t work and, objectively, making cars which happen to be EVs doesn’t even truly fit Tesla’s mission of helping transition the world to sustainable energy. Cars, even zero-emissons ones sold from shopping malls, are still largely privately acquired, carry one person from A to B and back again, and are ultimately disposed of. They fit the old model. 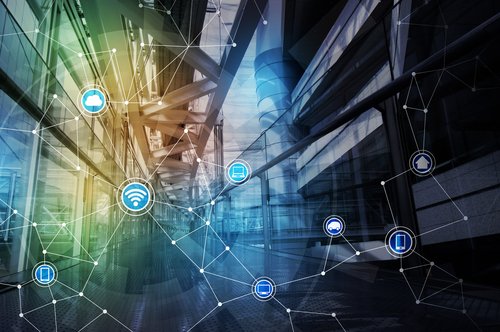 So you hope that, for Musk, cars are a way to create the momentum, goodwill and change of mindset for a wider energy brand and a new kind of grid – translating Tesla’s vertical integration into a world where EVs power not just themselves but our homes, are part of the internet of things and a smarter world. Otherwise his efforts may go the way of that Falcon 9.